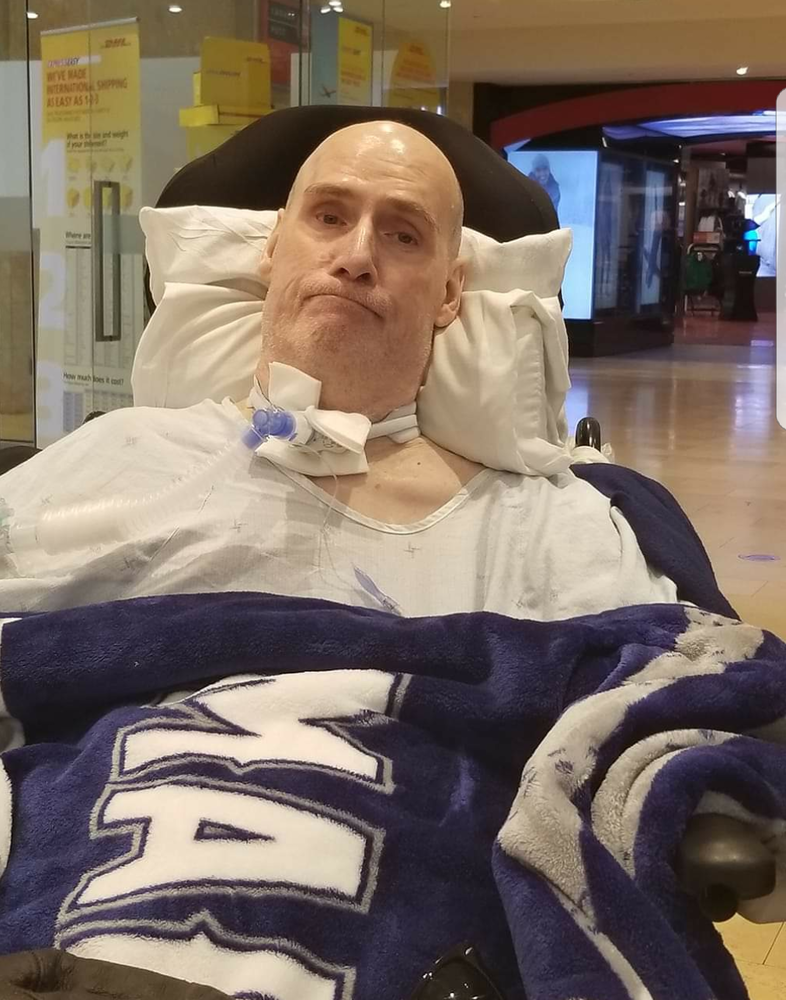 Gord was predeceased by his parents Gerald and Evelyn Coulson.

In Loving Memory of Gordon Gerald Coulson, a son, brother, uncle and friend…

May his music be heard throughout the heavens.

Gord was a tree climber, Arborist, Landscaper, Roofer, all around handyman and most of all a very Talented Musician and singer. He studied music at Royal Academy of Music in Brampton and enjoyed listening to and playing many songs from some famous band such as Credance Clearwater Revival (CCR), Jimmy Hendrix, Eric Clapton, Neil Young, Aerosmith, Rolling Stones, Beatles, and  many other artists.

Cheryl remember spending a lot of time playing music, he taught how to play Guitar and help her with singing. He also inspires several member of the family to play music like Will, Hank, Jordan and Jeff. Hank and Gord have a special bonding through the music.

Deborah and Gord had special relationship because they were the close in  age and grew up together. Deborah flew back from australia to see gord and spend  some quality time together. Such as going to niagara falls and seeing in Chinguacousy Park, the farm animals and the flowers in the greenhouse.

Growing up we like watching hockey and baseball especially hockey night in canada, Toronto Maple Leaf games as a family with mom. We would also play cards and boards games and lots of activities outside.

As a family we went on several picnics, camping/vacation, etc  trips every summer.

One year we went to visit White Mountain in United states Gord went hiking on the mountain and he went missing for several hours. Mom and Dad informed the rangers  that Gord went missing,  So the rangers went looking for him. They found him up at the lodge at the top of the mountain. A Blizzard had comin at the top of the mountain forcing Gord to stay at the lodge overnight. The Rangers informed Mom and DAd that Gord would stay overnight in the lodge and they would bring him back the next day. Gord was  always adventurous and in to climbing, i guess that's why he wants to get in to tree climbing.

Lynn had several special times with Gord, such as he bought a house in Erin. Lynn was a real estate agent selling Gord’s house in Erin.  Lyn would drive up to Gord’s house several times to spend time with Gord and see if the house is ready to sell. Lot’s of time when Lynn went up to see Gord composing a songs and Lynn would enjoy listening to Gord, She  was like his audience.

Tim Conway, the comedian/actor from Carol Burnett show just passed away. Gord had such a sense of humour even though his  struggles through the last  six years. He was probably joking and having a good laugh with Tim and Robin Williams and all the other angels. He is probably playing his guitar with the rest of the musician up in heaven.

Gord and Greg, have a close relationship since we’re the only two boys of the siblings. They played a lot together like Tennis, Golf, Bowling, Cards, etc. They worked together doing different jobs off and on, went to several Toronto Argonauts and Buffalo Bills,the  Toronto Moulson Indy and several concerts together. Greg and Gord became very close over the last six years. Gord and Greg used to see our dad together in Cummer Lodge, which is a nursing home. One time coming back from Cummer lodge after seeing our dad in 2011 he took me to the  karaoke bar, were Greg met Gina, He really liked Gina and later on Gina and Gord became good  friends and Gina became the main caregiver after his fall.

Thanks to Sunnybrook Health Center, the staff in the ICU unit on the second floor, the staff on the B5 wing.

Thanks to all the staff of West Park Health Center.

Thanks to the LHIN/old CCAC, and the staff especially Nancy the main nurse for GORD, and the supplies they offer  us

Thanks to Dr. Raabia Ahmed, for being Gord personal Doctor after leaving the Hospital, and being so tentative on Gord’s needs.

Thank you to all the Firefighter and friends who made it possible to bring Gord home.

Special thanks  to his main caregiver Gina Tobias  when he came home, Vince Ricardo and Marvin Calso.

We will hold a celebration of Gord’s life at 213 McMurchy Avenue South, Brampton, Ontario, from 11:00 AM to 2:00 PM Monday, May 20, 2019. Followed by a private spreading of ashes alongside his parents.

Those who wish to make a donation might consider the Alzheimer’s Society of Canada. Donations can be made via the link provided under Gord's profile photo on this webpage.

Please share in your favourite memories, photos and sentimetns of Gord here at his memorial webpage.

To plant a tree in memory of Gordon Coulson, please visit Tribute Store
Monday
20
May