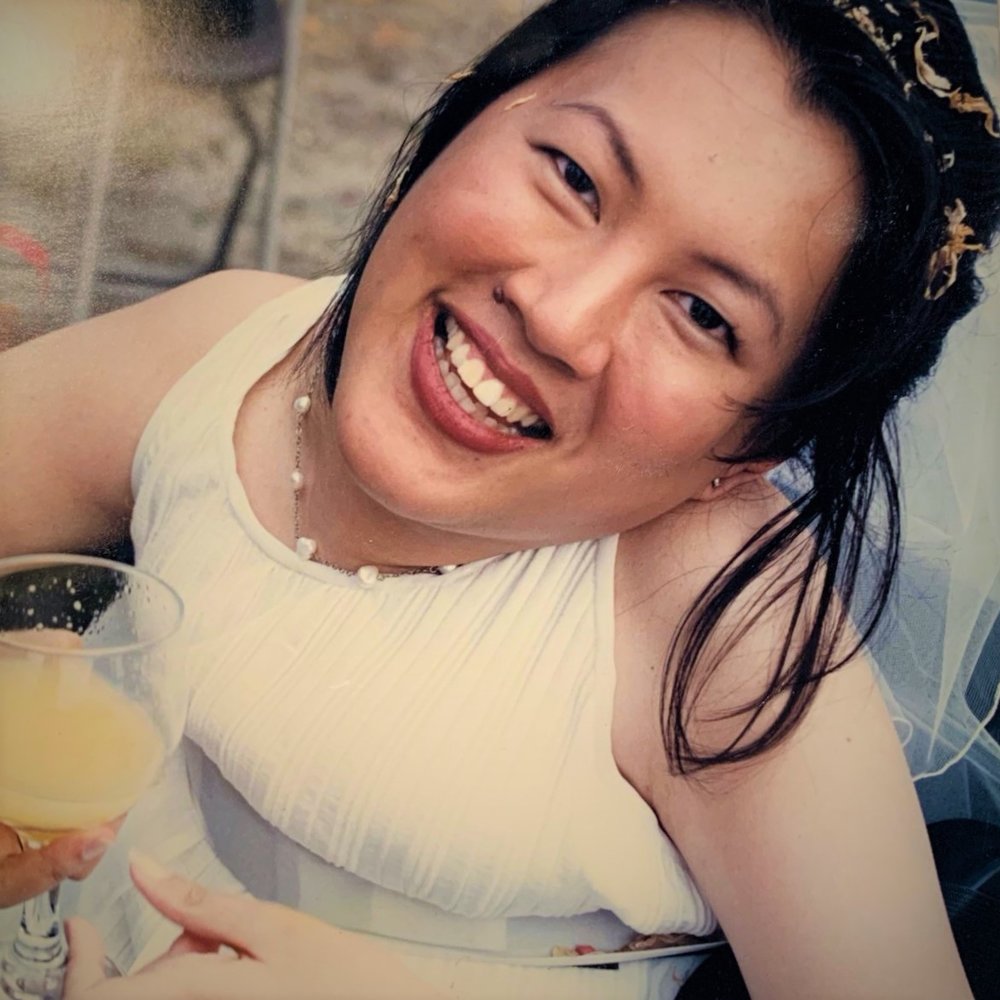 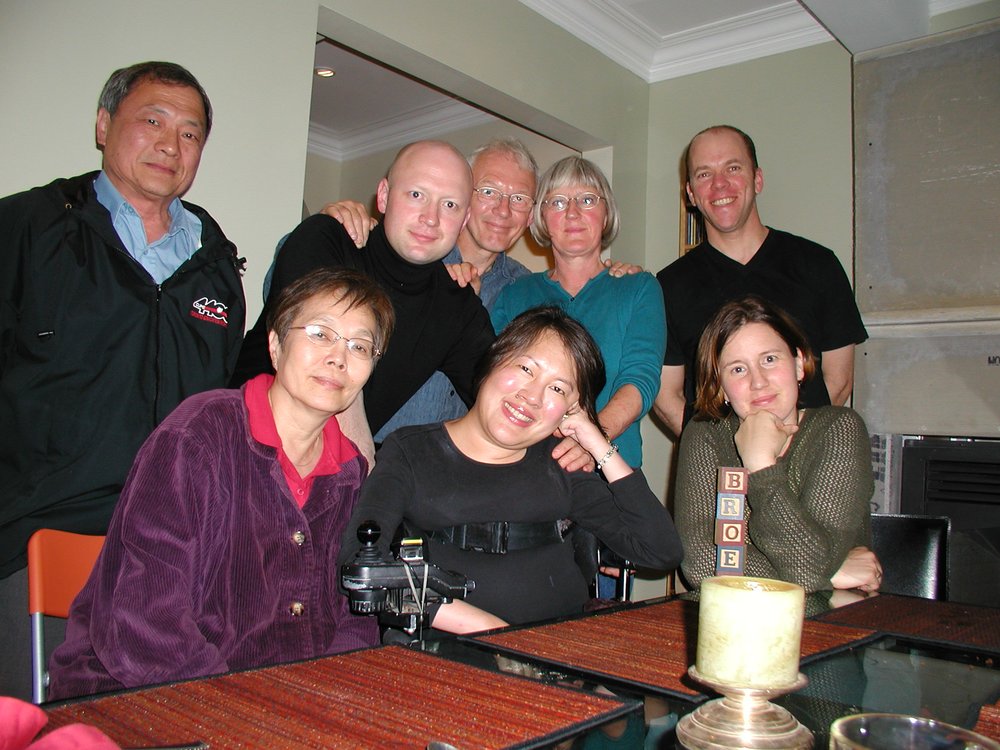 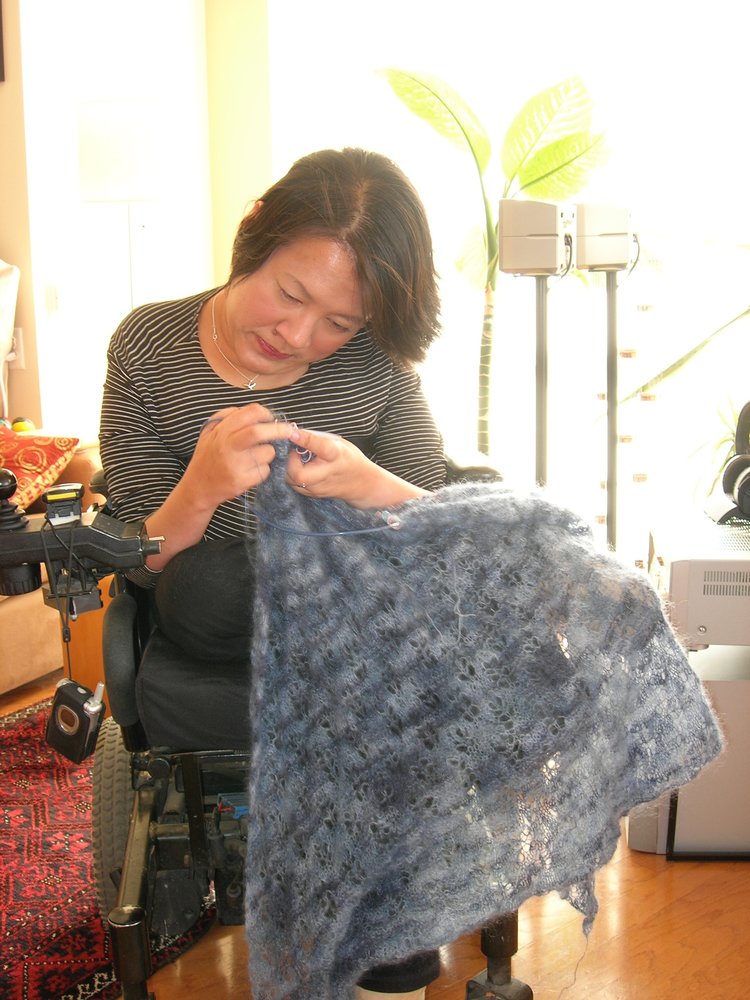 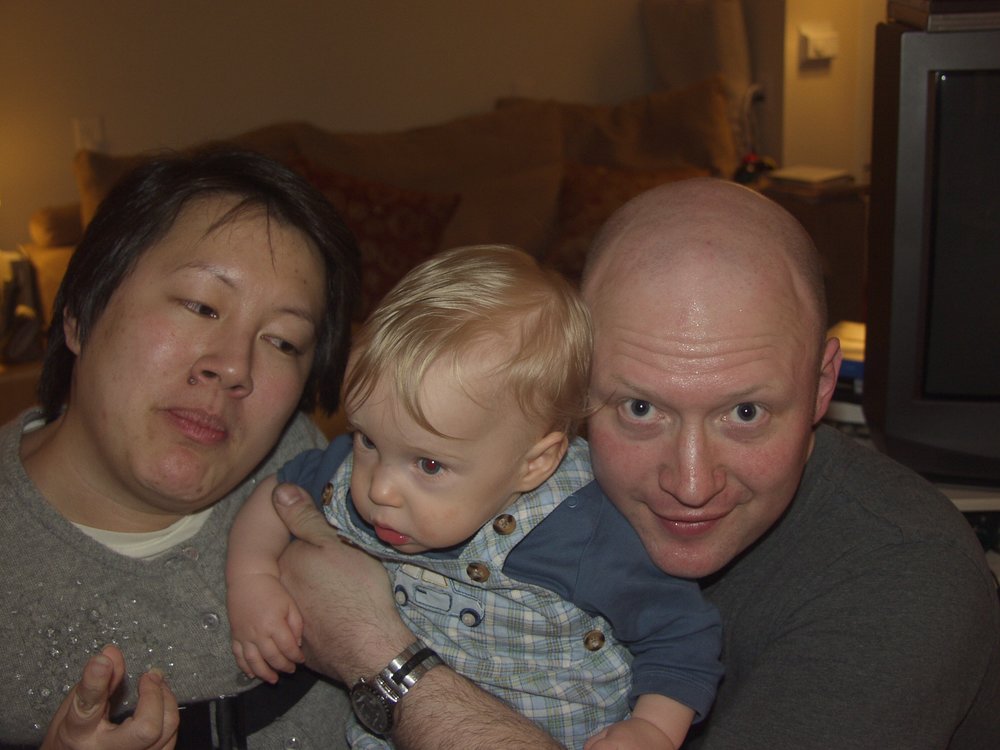 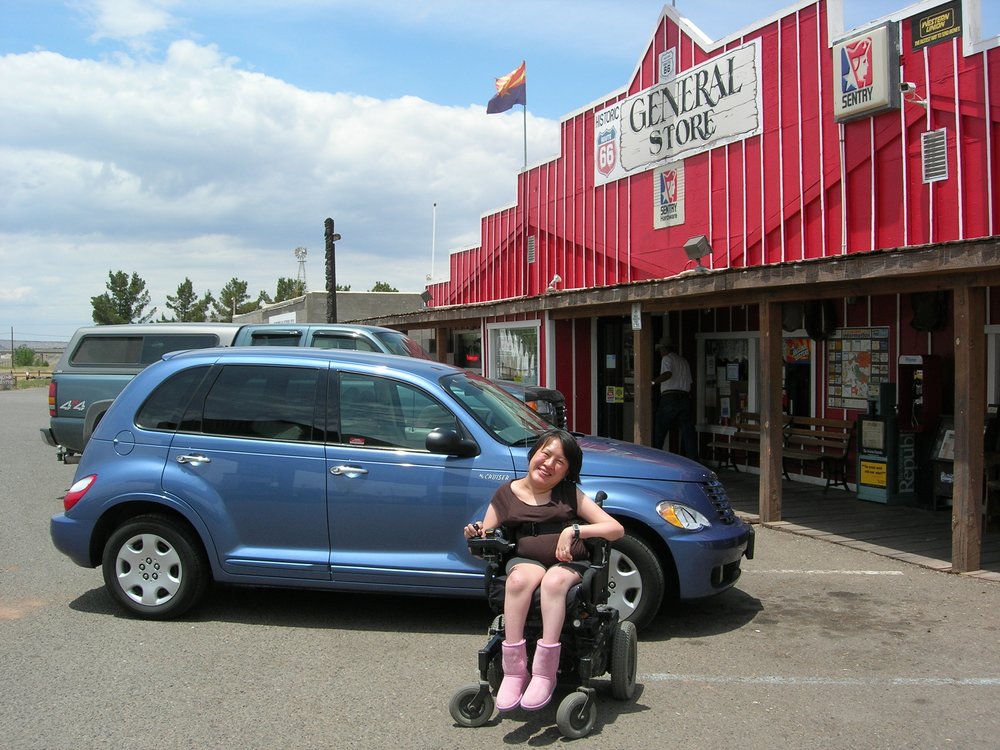 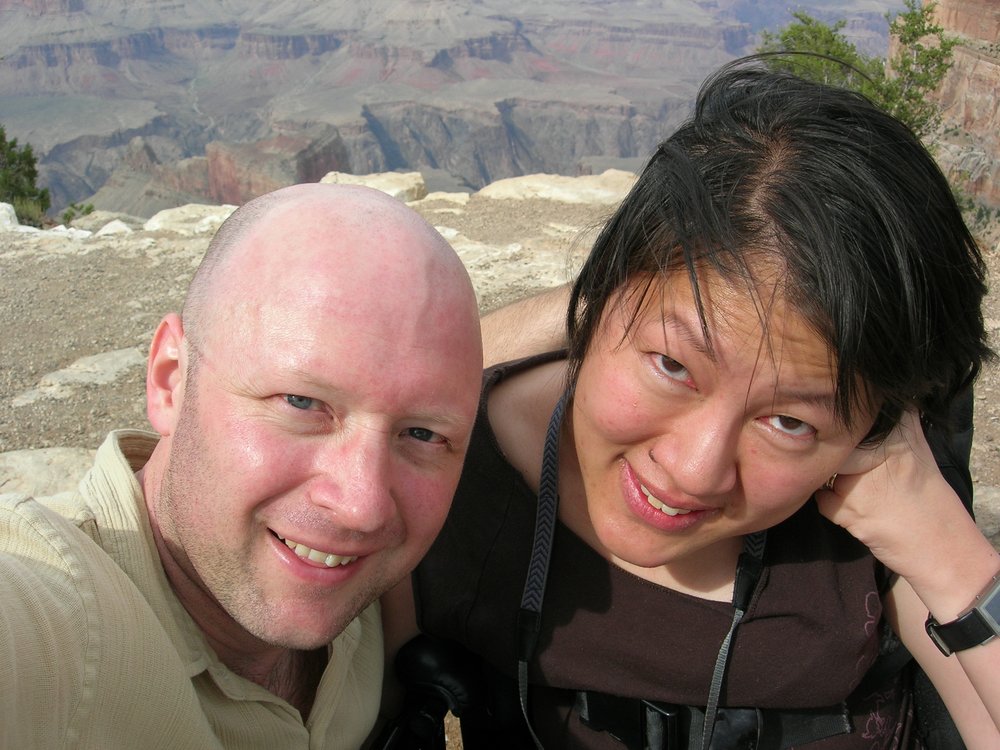 Early on, Ing’s mother realized her daughter's life would not be following a typical path; by a year old, Ing hadn’t attempted to crawl, sit up on her own or stand. A doctor initially diagnosed her as “slow” -- something Ing would find amusing when she was older.

Eventually, she was correctly diagnosed with Spinal Muscular Atrophy, a neuromuscular condition which leads to weakened muscles. Ing would always need a wheelchair, but firmly believed it was a better way to get around.

From childhood on, Ing loved books. She dreamed of becoming an author until her mother told her their average annual salary. At the age of 13, when a journalist profile described her as tragically disabled but brave, Ing realized she could do a better job of reflecting the truth, and decided to use her love of words in journalism.

After graduating from City School and the Ontario Science Centre School, Ing was accepted into Ryerson’s School of Journalism. She was the only student to graduate without ever setting foot in the school’s original building, which was inaccessible. Instead, her classes were moved to the basement of Jorgenson Hall. To attend, she had to take a service elevator, which was often filled with garbage cans. Despite the discouraging lack of accessibility, Ing remained undeterred in pursuing journalistic training . Outside of classes she found a community and further built up her portfolio at Ryerson’s student newspaper “The Eyeopener”.

There, she met a photography student who would eventually become her husband. Tim and Ing married at the Toronto Islands on August 22, 1998, after a five-year relationship. Together, they traveled the world, pursued their shared love of good food, and built a happy life together despite having utterly opposing tastes in music and movies.

They also launched their careers. Ing started out at the CBC as a clerk in Human Resources, and Tim, as a photographer. He later took on Ing’s ultimate dream job for her spouse, as a wheelchair technician.

Ing eventually got to apply her journalistic training at the CBC program, “The Disability Network”, where she was an associate producer and co-host. From there she made her way to CBC's national TV newsroom, and later, to Radio Current Affairs.

Over two decades at the CBC working on a variety of programs, Ing continued to break new ground and earn distinctions in her field. She was the first CBC TV reporter to cover the Paralympics, in Atlanta in 1996. In 2002, as a radio producer, she was the first to lead Toronto's “Metro Morning” program to a number one rating -- a distinction it has consistently maintained to the present day. Ing was a winner of the prestigious Gabriel Award, and received the City of Toronto Access Award in 2004. She was also active in the Canadian Media Guild thanks to the encouragement of friend and colleague Michael D’Souza. At his urging she became the first Member for Diversity for the Guild’s parent union, CWA-SCA Canada.


In late 2015, Ing left the CBC to more actively pursue her passionate advocacy for disability issues, as the Associate Director of the Centre for Independent Living in Toronto -- an agency run by and for people with disabilities. She was grateful to follow the wheel tracks of her mentors, Sandra Carpenter and Catherine Frazee. Ing was able to make an impact over 14 months in her new role before being diagnosed with cancer. Although she effectively retired from professional life, she continued her lifelong work for disability rights and recognition with radio interviews, articles and ongoing calls to action in her widely circulated social media posts.

One of the new causes Ing took up late in life was the need for a national standard for palliative care, and increased access to hospice. She was appalled to learn that only about 30 percent of Canadians have those options for end-of-life care. She was even more appalled that Medical Assistance in Dying dominated the debate about what a “good death” is in mainstream media. Although Ing suffered a great deal with cancer, she worked hard to find meaning in her increasingly compromised life. She believed that dying with dignity existed in many forms, and wanted Canadians to consider all aspects of this complex discussion.

Throughout her career, Ing was known for her effectiveness, perspective, unwavering journalistic integrity, and for expecting quality work from herself as well as from others. In her personal life, she was well loved for her humour, warmth, no-nonsense friendship, fierce loyalty, and delight in beautiful footwear. In both spheres, Ing was renowned and deeply appreciated as a seeker and teller of truth.

Far beyond her considerable professional accomplishments, Ing’s proudest role was as mother to her daughter, Zhenmei Kirsten, who was the greatest love of her life.

During Ing’s last days, she was happiest spending time with loved ones, eating chocolate and watching TV. She regrets George R.R. Martin did not finish his “A Song of Ice and Fire” novel series in time for her to read it, but was happy to see the conclusion of “Game of Thrones” on HBO.

Besides her daughter Zhenmei and husband Tim, Ing is survived by her parents, John and King Wong, sister Lin and her daughter Mina, parents-in-law Eric and Jane Ward, and her sister-in-law Karen's family, including cherished niece and nephew, Keira and Broen. She had many beloved friends, but was especially close to David Demchuk, Marichka Melnyk, Minelle Mahtani, Jeff Goodes and Carole Ito. She deeply appreciated the support of the many attendants who helped her with personal care, particularly Mel Costa-Haigler who spent years getting Ing up and about in the mornings,(which was, by Ing’s own admission, not always the easiest feat).

Ing's fond hope was that her ashes could be sprinkled in the shoe department of Saks Fifth Avenue in New York, but realized that might be problematic. Instead, she settled on a plaque in the Necropolis.

Her family thanks her medical team. Dr. Danielle Martin and Dr. Dianne Meschino at Women’s College Hospital. Dr. Mantaj Brar, and his surgical team at Mount Sinai. They are also deeply appreciative for the passionate commitment of palliative care specialists Dr. Harleen Toor, Dr. Isaac Siemmens, Dr. Evan Schneider, and Dr. Liz Amos of the Temmy Latner Centre for Palliative Care, a facility whose resources Ing was able to draw on only by the good fortune of living within its service area

Much gratitude to the devoted nurses on Sinai’s 14th floor, radiation oncologist Dr. Jim Brierley, and the radiation staff at Princess Margaret Hospital. A special thank you to her homecare nurses, Edyta, Mary and Yuri who provided so much more than medical care.

Ing’s days were considerably extended and improved thanks to numerous blood transfusions during her treatment. In Ing's memory, if you are able, please make a donation of blood to Canadian Blood Services, or a financial contribution to the Centre for Independent Living in Toronto to continue her work.

Above all else, the best tribute you can give Ing is to embrace your life. It’s a beautiful one.

To share memories and make donations as suggested above, please use the tabs provided on the homepage of this memorial website.