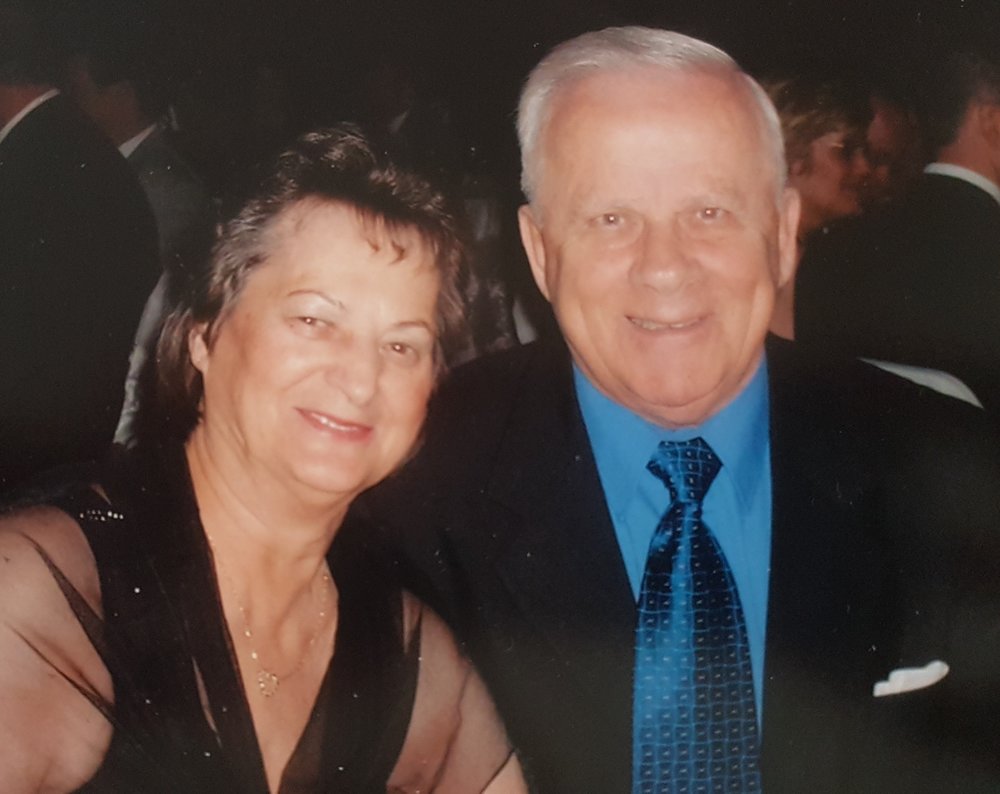 It is with great sadness to announce the passing of our dear father Peter Berkiw at Niagara Health System, St. Catharines at the age of 94 years.

Sadly remembered by his grandchildren Amanda, Natalie, Alissa, Michael, Karen, Jean and Andrea and 16 great grandchildren as well as many nieces and nephews.

Peter was born in Sokal, Poland. He immigrated to Canada, arriving at Pier 21 in Halifax, Nova Scotia on Jan. 19, 1930 with his mother Martha and brother Steve.

Peter joined the Royal Canadian Air Force in 1943 and worked as a Wireless Operator Air Gunner before being employed in 1947 by Ferranti Packard Electric in St. Catharines, Ontario. He worked there as a welder for 40 years before retiring.

Peter enjoyed the outdoors and became a Cub Scout Leader. He was also an avid scuba diver and President of the local Barracuda Diving Club. Among his other interests was fishing, camping, gardening and hiking with his grandchildren. Photography was a hobby he enjoyed and took many photos of family and numerous vacation destinations. Peter was a Grand Master of the Masonic Temple (St. Andrew’s Lodge) and a secretary of the St. Catharines Caribbean Club. He loved traveling to many destinations with the club members. Peter also had a passion for flying and decided to take a course to get his Private Pilot License at the Niagara District Airport in 1984. He loved dancing and listening to music all the time. Peter was also an avid reader, educating himself on so many things such as astronomy and spending many nights looking through his telescope. He always strived to be the best at everything he did.

In keeping with Peter’s wishes cremation has taken place.

At this time we would also like to remember Peter’s loving wife of 68 years. Please see her Obituary below.

Please share memories of Peter and Stella here at their memorial web page. Donations in their name may be made to the charities listed on their home page.

Stella sadly passed at the Niagara Health System, St. Catharines, Ontario and was cremated after her passing.

Stella was mother to her son John (Diane), Susan, Janet (Gary) Wainman and Judy (Vic) Mantler and daughter in-law Janice. She raised her children with love and devotion in St. Catharines with her husband Peter.

She was such a loving grandmother to Amanda, Natalie, Alissa, Michael, Karen, Jean and Andrea, David and 10 great grandchildren, her sister Jenny Uhl and remembered by many nieces and nephews.

Stella’s career was a Nurses Aid/Doctor Assistant in the Operating Room at the St. Catharines General Hospital. She was well liked and was a respected employee by all the doctors she worked with. Towards the end of her career she was an X-Ray Associate. Stella was known for her dedication, passion and caring for all her patients that she dealt with. Stella was employed at the hospital for many years before retiring.

Her hobbies included travelling to many destinations for warmth and sun, cooking and baking for her family, especially her husband, Peter. Stella enjoyed doing needlepoint, knitting, crocheting and spending time with her grandchildren. She was very proud of getting her driver’s license so that she could go on her own to visit family and friends.

Please share your memories, photos and sentiments of Peter and Stella’s life here on their memorial web page.

Memorial donations in memory of Peter and Stella can be made to Kidney Foundation of Ontario or Canadian Cancer Society.

Peter and Stella will forever remain in our hearts as much loved.