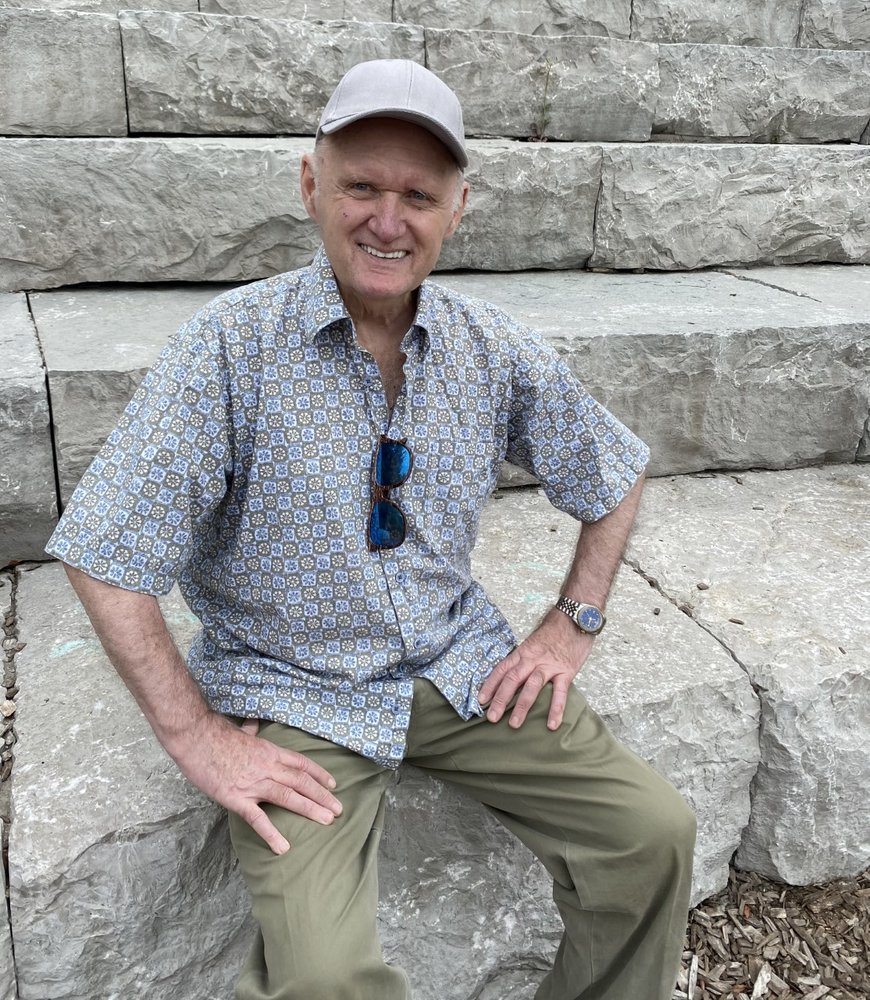 Peacefully, with family by his side, John "Michael" Grant passed away on May 6th at the age of 74 following his second battle with cancer. Michael will be deeply missed by his children Dana (Craig), Andrew (Carly), Ashley (Matthew) and his late daughter Georgia. Adored Grandpa who told the funniest jokes and taught the best magic tricks to Charley, Graydon, Everett, Ainsley, London, Maryn, Cecilia and Benjamin. Treasured brother to Judith, Tom (Eric), Barbara (Rick), Shelagh (David) and his late siblings Janice, Brian and Kenneth (Paula).

Unforgettable uncle to his many nieces and nephews. Known as “The Mayor” by his many friends, Michael was a kind and caring man who loved bringing people together to have a great time or to collaborate on unique projects. An avid hockey player, golfer and most recently ping pong legend, Michael’s fun and competitive spirit was contagious. Whether it was lunching with the old boys, emailing and FaceTiming, visiting family at the farm, fishing on the Beaver River in Thornbury or searching for treasures at the BVO, Michael’s positive attitude brought joy to those around him.

Born in Montreal on January 2nd,1947 to his late parents Frank and Lois (McGuire) Grant, Michael moved to Calgary as a young boy and then onto Moore Park in Toronto. He attended OLPH for elementary school and St. Michael’s College School before heading to the University of Waterloo graduating with a degree in English and History, while playing golf and hockey throughout that time. Michael married his high school sweetheart Carla McConvey (Bannock) in 1970. Settling in Unionville, they had their four beautiful children. Michael was an active member of York Downs Golf & Country Club and has a number of trophies with his name on them - he even got a hole-in-one at a charity tournament and won a car! In 1970 Michael joined Grant Brothers Sales Ltd., founded by his late father Frank and identical twin brother John Grant Sr. This was the start of a 30-year career with GBS as a leading manufacturer’s agency in the automotive, hardware, heavy duty and leisure divisions across Canada selling to accounts such as Canadian Tire, Walmart, Home Depot, Automotive Warehouse Distributors and leading jobbers etc. He continued his love for sales and creative projects independently following his retirement from GBS up until he had a stroke in 2009.

Following a long road to recovery, which included learning to speak again and later his first cancer diagnosis, Michael moved to the Broadview and Danforth area which he grew to love. He formed many new friendships and strengthened old ones. He also became a wizard at navigating the Toronto transit system having never ridden a street car before living in the city. Due to his medical challenges, he was forced to give up golf. However, years later he found a new love for ping pong, which kept him fit, strategic, and social. Michael adored his family and friends and kept us laughing through the tears until his very last breath. His wish is for everyone to “Shine On”.

If desired, donations in memory of Michael may be made to the Cardiac Unit at Sick Kids Hospital or The Princess Margaret Cancer Foundation. A celebration of life will take place virtually or in-person once it is safe to do so. Donations and condolences may be made through www.ecofuneral.ca via the donations tab on his homepage.

We invite you to share in memories, photos and sentiments of his life here at his Memorial Webpage.