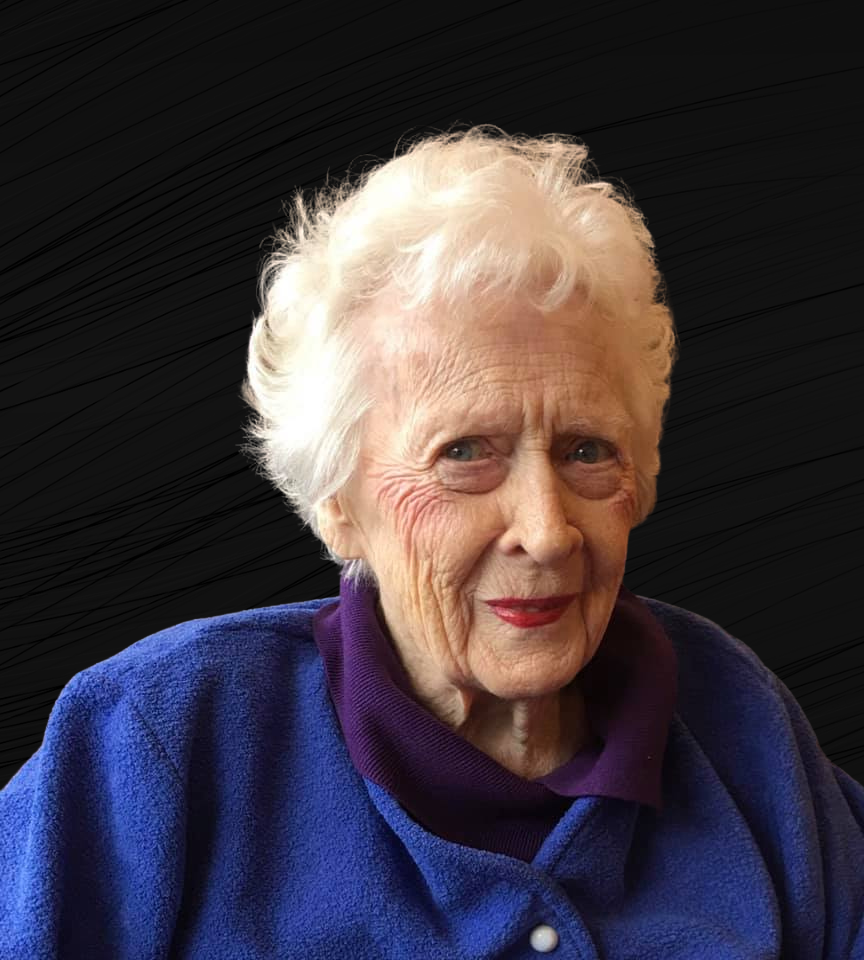 Beloved wife of the late Thomas Ferguson. Passed away peacefully with her daughters by her side. Born to Frederick and Jean Carrette, Betty-Ann grew up in the Beaches of Toronto which resulted in an abiding love of the water.

While at Malvern Collegiate, she met a group of friends who would form a bond that would last for over 70 years. They called themselves “The Cottage Sweets” after a graduation trip to a cabin at Wasaga Beach. She valued her many friendships and nurturing them was a priority during her life. In 1943, at the tender age of 19 she embarked on her teaching career at Creighton Mine, Ont. It was a vocation she embraced with true dedication to her students right until she retired from Henderson Ave. P.S. and E.J. Sand P.S. in Thornhill, Ont. She met her husband Tom in Sudbury. They were married in 1953 and were blessed with two daughters, Janet and Nora.

Betty-Ann was a voracious reader, particularly of Canadian history, and a lifelong learner. Her passion for history led her to volunteer on the Executive of The Huguenot Society of Canada. Betty-Ann and Tom enjoyed many years of travel, visiting friends and spending time with their children and grandchildren, in both Ontario and Alberta. She quietly championed the underdog and retained her curiosity, her independent spirit and her wry sense of humour throughout her life. She will be greatly missed and held in our hearts forever.

The family would like to thank the outstanding staff at Lakeside LTC for their compassionate care of Betty-Ann through the last five years. A Celebration of Life will be held later this summer, with details to be confirmed. In lieu of flowers, donations can be made to The Scott Mission or a charity of your choice.

We invite you to share in memories, photos and sentiments of her life at her memorial web page.  Donations may be made via the tab on her homepage.