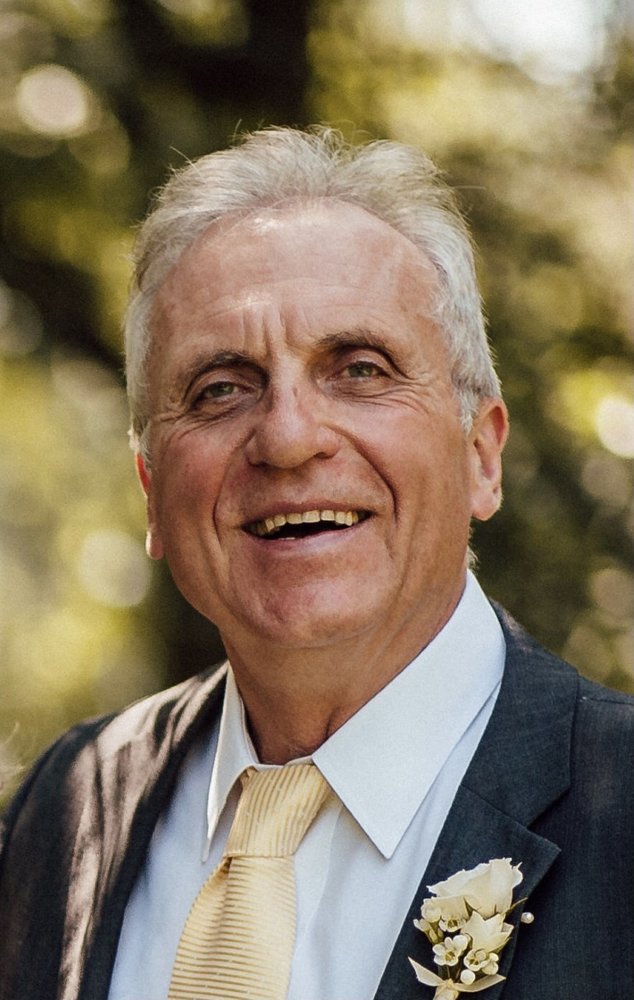 An avid adventurer, Paul Murynka left us to start a new journey on July 20, 2021 at the young age of seventy.

Paul’s life was set to music. At the lake, he would start the day by putting on a record — often Fleetwood Mac or ABBA — to wake up his daughters. He taught them his enthusiasm for music, singing, and playing guitar. He was always ready to lend them a guitar, help set up a record player, or recommend a song he’d heard on CKUA. Later in his life, one of his greatest joys was his weekly “Play and Sing” where he would play classic hits with a group of friends. As Paul would often say, “There’s nothing like the sound of twelve guitars.”

Paul was deeply committed to the Ukrainian language and culture. He was part of the Ukrainian community in Edmonton and Calgary and dedicated a great deal of his time to Ukrainian organizations — especially the scouting group PLAST.

Paul’s big laugh, passion for life, loyal nature, and strength of spirit will be deeply missed by his many dear friends across the world. They will always remember the twinkle in his eye when he told a good story — and he had a lot of good stories, from crashing a small plane in Mexico to proposing to Rosanne in Fiji.

Family was everything to Paul. He was a constant presence, always showing his love in his own way, and doing his best for his wife and daughters, and later their spouses and children. As his daughter Anna has put it, Paul was the family’s toolbox and map. He always seemed to know where to go, what to do, and how to fix anything.

Always the Geologist, Paul could tell you anything about the formations in our surroundings. When he visited Bragg Creek, Alberta with his grandsons, he would come home with a trunkful of rocks that the boys had picked out for their Dido. And Paul’s love language was food. He was famous for his “Sechelt Stew,” veggie burgers, Huevos Rancheros, and many fabulous sauces. Whenever Paul was cooking — which was all the time — he was saying “I love you.”

Paul was a man of profound faith. He found comfort in his church, his belief in God, and the rosary he always carried with him. His spirit will live on forever at Kootenay Lake, British Columbia, where he was the centrepiece of so many beautiful memories — boating, bonfires, cooking, skiing, golfing, and riding his motorcycle — with his family and friends.

In lieu of flowers, donations can be made in Paul’s memory to PLAST Calgary, the Assumption of the Blessed Virgin Mary, or the Heart and Stroke Foundation (direct links above the obituary).

Visitation and Panachyda prayers to take place on Monday July 23, from 10:30am - 12pm at St John's Dixie Cemetery, 737 Dundas St E Mississauga. Panachyda to be at 11am, and will be livestreamed, accessible via this link.

Personal visitors are reminded that masks or face coverings are mandatory.

Please feel welcome to share your memories, photos, and sentiments of Paul's life here at his memorial web page.