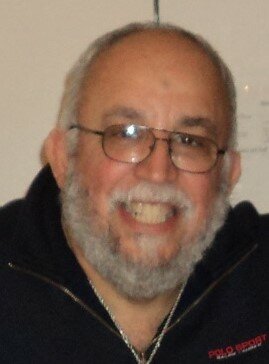 It is with deep sadness that we announce the death of our beloved Francisco who died in his home surrounded by his loved ones in the afternoon of Friday, August 13, 2021 at the age of 63.

Francisco was born in the city of Santa Ana, El Salvador in 1958.  He was a pacifist revolutionary who was a trained lawyer in EL Salvador and had a Master’s in Economy from Costa Rica. He was forced to leave his beloved country in 1990 due to his work as a defender of Human Rights during the El Salvadorian Civil war. Francisco came to Canada with his pregnant wife and two children as refugees. As he established himself and his family in Canada, he became painfully aware of the plight of migrants in Canada. With great pride and with the help of the Sisters, Faithful Companions of Jesus (FCJ), as well as his adoring wife they founded what is now known as the FCJ Refugee Centre almost 30 years ago. This gained him many accolades including being the first refugee to be President of the Canadian Council for Refugees, a recipient of the YMCA Peace Medallion and the William P. Hubbard Race Relations award.

As a committed husband, loving father, and joyous grandfather, Francisco lived to better the lives of everyone he would encounter, specifically those who were marginalized. Francisco was steadfast in the face of injustice making sure that all who could hear him would be aware. An Advocate for a just and fair immigration system, he would educate anyone who would hear him on the rights and the plight of migrants, not just in Canada but around the world. Francisco leaves a Legacy of love and hope.

The family would like to thank the Temmy Latner Centre for Palliative Care team at Mount Sinai as well Sonia and Bola (FCJ Youth network members) who were very caring and gave Francisco the dignified care he deserved, and to thank all of his many friends and colleagues who sent beautiful tributes and consoling messages.

Because of Covid, attendance at the funeral will be by invitation only, but will be live streamed via clicking this link on Friday, August 27 at 10 a.m.  Visitation will be at St. John’s Dixie Cemetery and Crematorium Chapel, 737 Dundas St E, Mississauga, and will also be livestreamed via clicking this link on Thursday, August 26 from 7:15 p.m.-9:00 p.m.  In lieu of Flowers a donation to the FCJ Refugee Centre to build on Francisco’s Legacy would be appreciated (link above obituary).