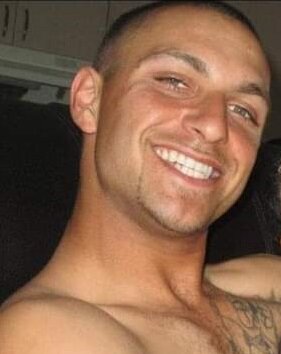 It is with the deepest of broken hearts that we announce the untimely death of Michael James Tingley.  An accidental over-dose from a long-standing addiction that has seemingly plagued our Country.  Despite the extreme love, efforts and support of his family, Michael was given every opportunity to get help and recover from his struggles with addiction. Michael did acknowledge what those around him saw happening but absolutely nothing could stop the grip the addiction had over him.  Michael was predeceased by both his parents 35 years ago; they both also had died from addiction; Michael's passing ended a sad situation to a sad story.

Michael, has two beautiful daughters, Jordynn and Maddison.  It is prayed that they grow up knowing Michael loved them deeply.  It is important they grow up understanding that the intensity of his addiction was in absolutely no way a reflection of his love for them but that they accept his addiction had become a terminal disease for Michael, with no cure.

Michael, was a man of intensity and this core personality emerged from childhood.  He worked to achieve high-standards, in hockey, work, friendships and as son (grandson/nephew/cousin).  When he gave-he gave hard.  When he loved hard-he loved hard, when he played-he played hard and having a passion to help those around him, he helped hard.  He gave what he could when he could but also the addiction caused him to take at times he shouldn't have.

It is important to acknowledge the truth of addiction as many families are suffering silently. Believing they can help their loved one with the right support or treatment, which the majority of times fail - so as a final farewell to Michael, and as we say goodbye to someone we loved so dearly, this is his last gift to the world; his last legacy being this announcement and using it to remove the stigma of addiction and to share the notion that every family is vulnerable to this disease.

Michael's funeral services will be held privately with his final place of rest at Assumption Catholic Cemetery, alongside his late mother René.

We invite you to share your memories, photos and sentiments of his life here at his memorial web page. Donations in Michael's name may be made to Addiction Services through the Salvation Army by using the Donations title on his home page.