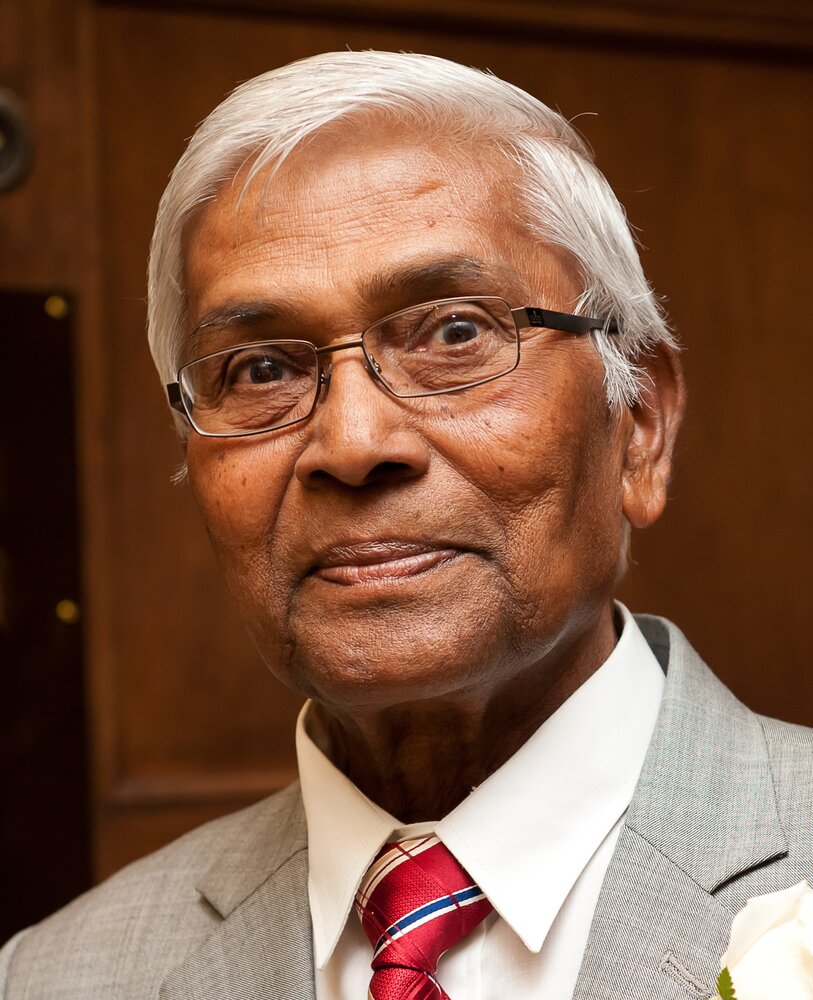 He is survived by his two sons, Sanjoy and Sumit, daughter Rupa, and his cherished grandchildren Divya and Arun.

Born in India in 1937, baba was a “Grāmēr chēlē”, a son from a village, a village just outside Burdwan, West Bengal. At the age of 23 he made is way to Germany and spent 7 years there.  It was in Germany where he met fellow Bengalis who would become part our family.

My parents married in May 1967 in India. In the summer of 1967, baba moved to Toronto, Canada, on his own; as many of his new Bengali friends did, in and around the same time.  Ma followed him about a year later. In 1968 he started working at Robert Bosch Inc. and remained there for 48 years, until his retirement.

It didn’t take very long for baba to start rooting for his new hometown teams. The better part of evenings and weekends were spent following the Blue Jays, the Leafs and the Raptors.

He valued his larger Bengali community and through Prabasi he was able to contribute in several different ways including helping in the kitchen, maintaining the community centre and having regular “addah” or hanging out with his friends.

This last decade he enjoyed spending time with Joyashri and Sunil Sengupta and watching Gopa grow, get married and have kids of her own.   A few years ago he was ecstatic when his first grandchild Divya arrived and just as excited when Arun arrived a couple of years later.  With every visit he tried to keep up with his grandchildren and truly enjoyed just watching them having fun while playing in their own little worlds.

Baba, you will be immeasurably missed… say hi to Ma for us.

Visiting for Bejoy will be held on Thursday, February 24 from 10:15 until 11 a.m. at which time the Funeral Pooja will be held, followed by cremation.

*Due to current gathering capacity restrictions, the chapel is limited to 100 guests at one time and masks are mandatory at all times.

A live stream link will be made available at approximately 10:15 a.m. by clicking THIS LINK HERE. Virtual guests are reminded to have their volume set to high and that no technical assistance will be made avaialble.

Please share your memories, photos and sentiments of Bejoy's life here a this memorial web page. Donations in his name may be made to the St. Joseph's Health Centre Foundation by using the Donations Tab on his home page.