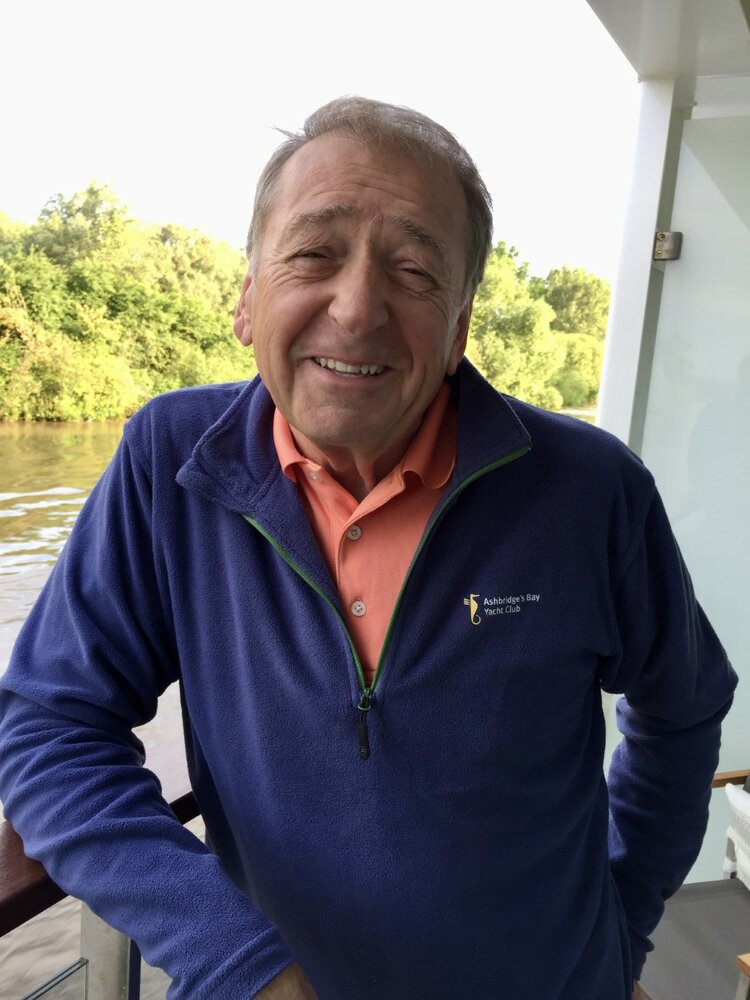 It is with great sadness that we announce the passing of Peter Jeremy Woodall on November 14, 2022.

Born in Dudley, England in 1946, Peter began his life-long career in the automotive industry by graduating from Bolton Institute of Technology (Automobile Engineering). He immediately set sail for Canada, and within days of landing, secured a position with Chrysler Canada, where he remained in various capacities for 23 years. In 1990, Peter moved to the position of Chairperson of Automotive Trades at Centennial College, from which he retired in in 2011.

Cars were Peter’s first passion, and the list of vehicles he owned in his lifetime seems endless. He not only drove them: he taught about them, worked on them and raced them. Boats seemed a logical next step. He learned to sail, became a sailing instructor, and eventually joined Ashbridge’s Bay Yacht Club where he raced, and sailed with his wife Diane (on increasingly larger boats) for almost 25 years.

After retirement, Peter and Diane purchased a winter home in Heritage Oaks Golf and Country Club in Sarasota, Florida, where he gave golf his best shot.

Peter is survived by his devoted wife, Diane Schulman. He is also survived by a wonderful, close-knit, loving family: his daughter Jen Woodall (David Bradfield) and his granddaughter Eliza Bradfield; his son Jeremy Woodall (Florence Yiu) and his grandchildren Vera and Benjamin Woodall; his step-daughter Deborah Schulman (Scott Weintraub) and his grandsons Ethan and Ryan Weintraub; and his step-son Jonathan Schulman (Colleen Schulman). He also leaves behind his big brother, Michael Woodall (Fiona Duncan).

In tribute to his love of Lake Ontario, and the Beach area of Toronto where he lived for 22 years, his family will be applying for the memorial tree he often said he wanted, to be planted in Woodbine Beach Park.

Peter was a kind, gentle, and loving husband, dad, grandpa, brother and friend.

May his memory be a blessing.

At the expressed wish of the family, flowers are respectfully declined.

We invite you to share your memories, photos and sentiments of Peter's life here at his memorial web page.