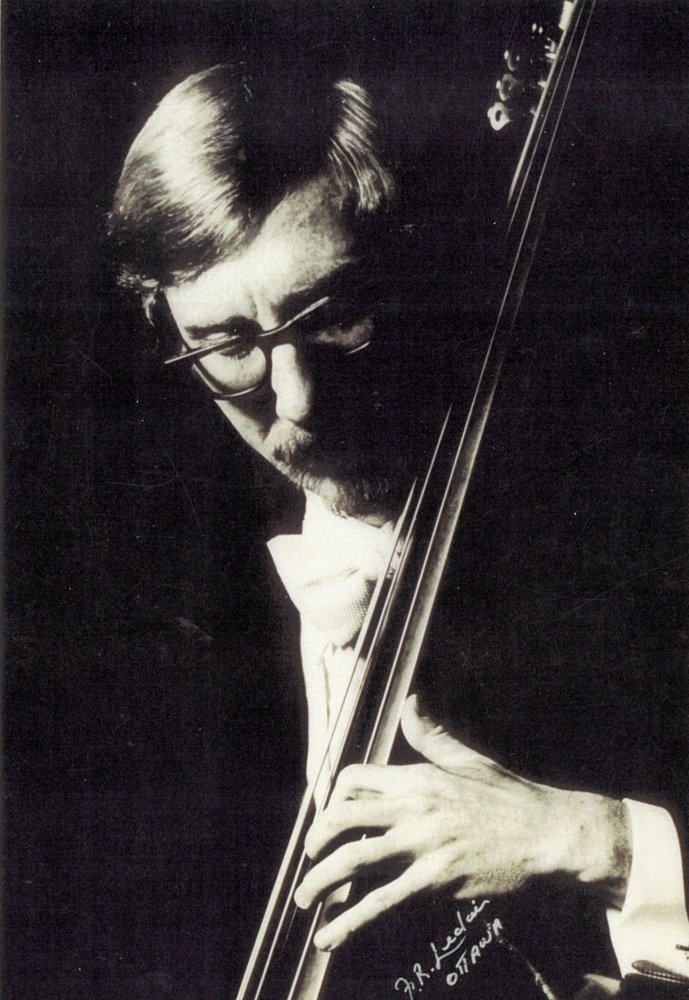 Lovingly remembered by his wife of more than 50 years, Nancy Young Molitz, sons Julian (Angela Wilmot) and Alexander Molitz, beloved grand-daughters Penelope and Adelaide, siblings David, Martin and Deborah, the extended Young and Molitz families, and a rich and abundant community of friends, including musicians and colleagues in Canada, the United States, and Europe.

As a concert artist, Alan Molitz was principal bass to major orchestras in Canada and festivals around the world for more than 45 seasons – most significantly the Canadian Opera Company in Toronto (1991 - 2016), the National Arts Centre Orchestra in Ottawa (1969 - 1990), and 15 seasons with the Oregon Bach Festival.  His life in performance embraced orchestral, chamber, solo work, jazz, music theatre as well as ballet, opera and symphony.  Serving faculties of music at the University of Toronto, University of Ottawa, Conservatoire du Quebec and Queens University, as well as through private lessons and coaching, he was a generous teacher and mentor to many double bass players and other musicians.

Alan was a kind and gentle man, attentive and loving to his family and friends, and a true gentleman – always impeccable in a pressed dress shirt (even camping), coat and tie.  He had an abiding interest in science – a passion he shared through workshops on acoustics for the Metropolitan Toronto School of the Deaf, and many science experiments and demonstrations with his children and grandchildren.

He took great pride and delight in the endeavors and accomplishments of his family.

A funeral with close family and friends took place at Saint John’s Norway Cemetery chapel, Toronto on October 15th, 2019.  A memorial celebration of Alan’s life and work will follow at a date to be determined.

As an expression of sympathy, in lieu of flowers, donations may be made to the Multiple Sclerosis Society of Canada through the link on this website.

We invite you to share memories, photos and sentiments of Alan’s life and work here on his memorial webpage.

Alan Molitz began piano lessons at the age of four, continuing piano and solfege with Mlle. Yvonne Coombe at the French School of Music in Plainfield, New Jersey. At age twelve he began his studies on the double bass with Mr. Condit Atkinson, a dedicated teacher, composer and performer in jazz as well as classics.

Molitz had three major double-bass teachers, all of whom were early Curtis graduates trained by Anton Torello. During his high school years, he studied with Roger Scott, Principal of the Philadelphia Orchestra and two summers with Warren Benfield of the Chicago Symphony. At Eastman School of Music (B.Mus and Performers’ Certificate, 1968), Molitz was a pupil of Oscar Zimmerman, who began his career in 1929 with Leopold Stokowsky and the Philadelphia Orchestra and was later a member of the NBC Symphony under Toscanini.

Principal Bass of the Canadian Opera Company from 1991 - 2016, his previous orchestral experience included four years with the Plainfield Symphony as a young student, three years with the Rochester Philharmonic followed by the Montreal Symphony, the McGill Chamber Orchestra and twenty-one seasons as Principal Bass of the National Arts Centre Orchestra in Ottawa, of which he was a founding member.

During his years in Ottawa he toured extensively, performing on many of the world’s most famous stages and appearing with many great conductors and soloists. Additionally, the Orchestra performed many operas during their summer Festival seasons.

In December 1986, Molitz spent two weeks in Rio de Janeiro playing in the second World Philharmonic Orchestra, an orchestra made up entirely of principal players from 54 countries, conducted on that occasion by Maestro Lorin Maazel. In June of 1991 he traveled to Halifax to perform in the gala concert with Pierre Boulez. The spring of 1992 included a tour to the Yukon territories with the McGill Chamber Orchestra. As Principal Bass of the Canadian Opera Company Orchestra, Molitz performed in productions ranging from standard repertoire, including Wagner’s Ring Cycle and others, to newer works, many featuring the double bass in a more soloistic capacity.

In addition to private pupils from all over Canada, Alan Molitz has taught and adjudicated for the University of Ottawa, Queens University, Quebec Conservatory System, the University of Toronto and the National Youth Orchestra of Canada. Interest in education and outreach included demonstrations at the Metropolitan Toronto School for the Deaf.

In January 1994, Molitz joined the Faculty of Music at the University of Toronto. He coached chamber music and recital programs as well as helped prepare students and professionals for double-bass orchestra auditions. He performed with and acted as Mentor for the National Academy Orchestra, Brott Music Festival, a program designed to give opportunity to young performance professionals. In his last few seasons with the Canadian Opera Company Orchestra, he contributed to the COC’s own training efforts by working with young people brought in by audition to play rehearsals and a performance of a Wagner Opera with the Orchestra.

In the mid 1980s, Molitz first performed with Maestro Helmuth Rilling, the great musician and teacher especially of the works of Johann Sebastian Bach. Subsequently, Molitz performed fifteen seasons with the Oregon Bach Festival with Maestro Rilling – a great pleasure and learning experience that Molitz treasured throughout his lifetime.